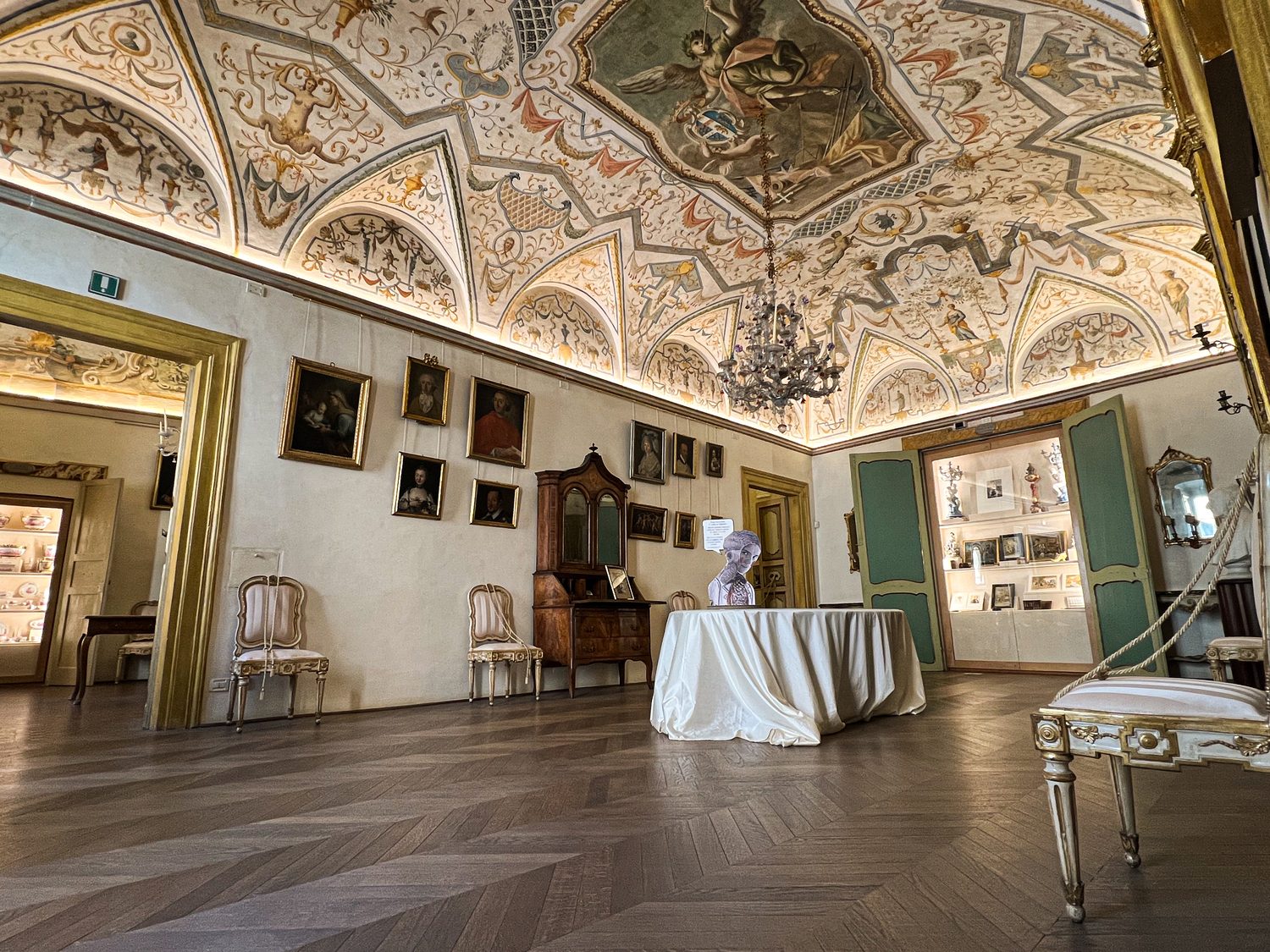 The room is dedicated to King Charles III of Bourbon.

In 1734 this room was chosen, among the various noble palaces of Perugia, to host Charles III of Bourbon, future King of the Two Sicilies (1735) and King of Spain (1759), during the journey he made, as head of the Spanish army, to take back Naples and Sicily from the Austrians.
In honor of the illustrious guest, the elegantly frescoed room was named after him.