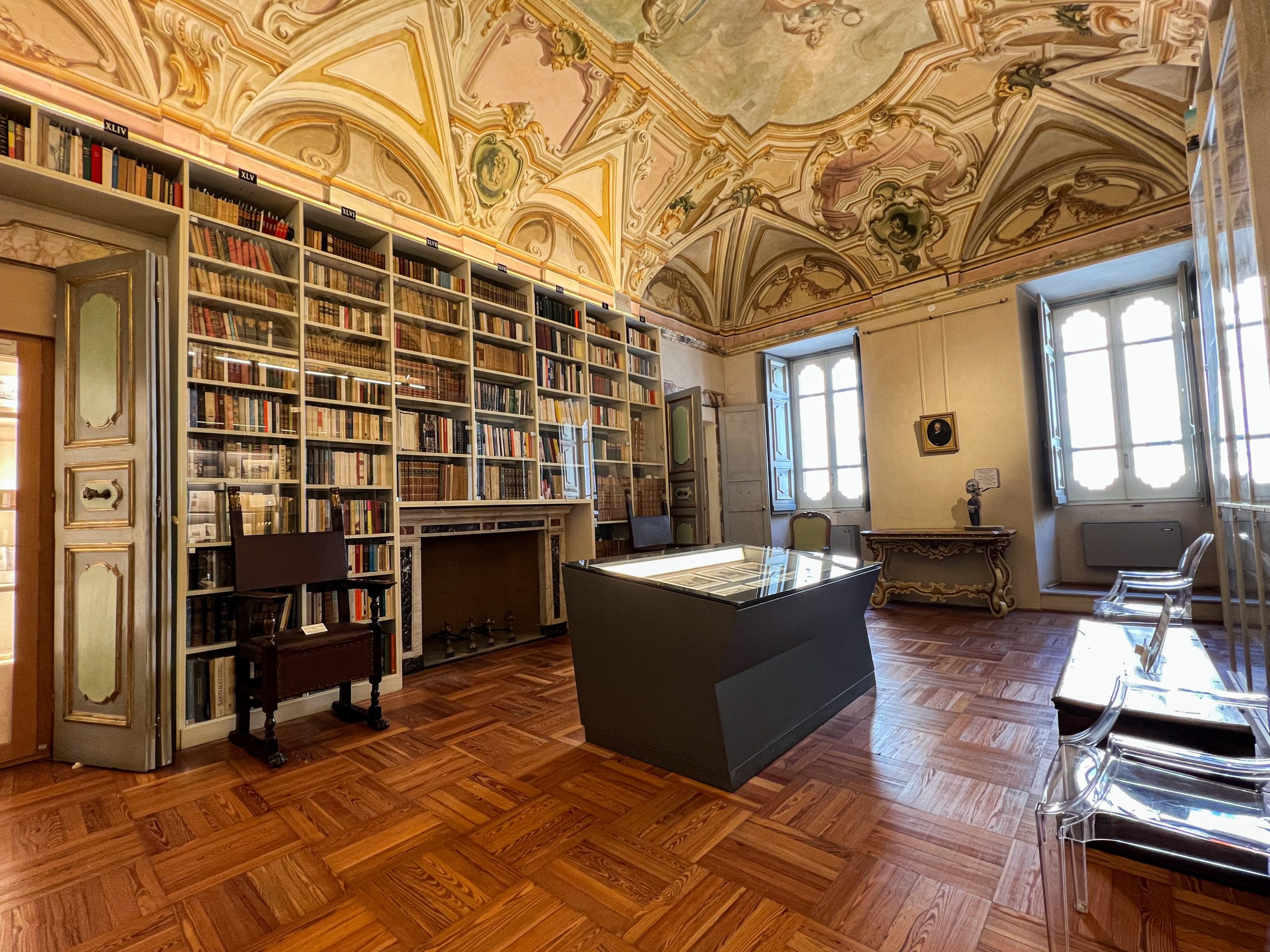 The room is dedicated to the Marquis Diomede Bourbon di Sorbello (1743-1811).

He was educated at the Military Academy of Turin where, in the service of the Savoy, he became First Squire of the Princess of Piedmont and Gentleman of the King's Chamber in 1782. During the Turin years he forged a deep friendship with Vittorio Alfieri, his fellow student at the Royal Academy. Married in 1790 to Vittoria Pitti Gaddi, he moved to Florence where, attending the salon of the Countess d'Albany, he met intellectuals and artists such as Pietro Benvenuti, Carlo Lasinio and François Xavier Fabre. A man of culture, author of translations from French into Italian, he was an avid collector of engravings and precious books, some of which are exhibited in this room.